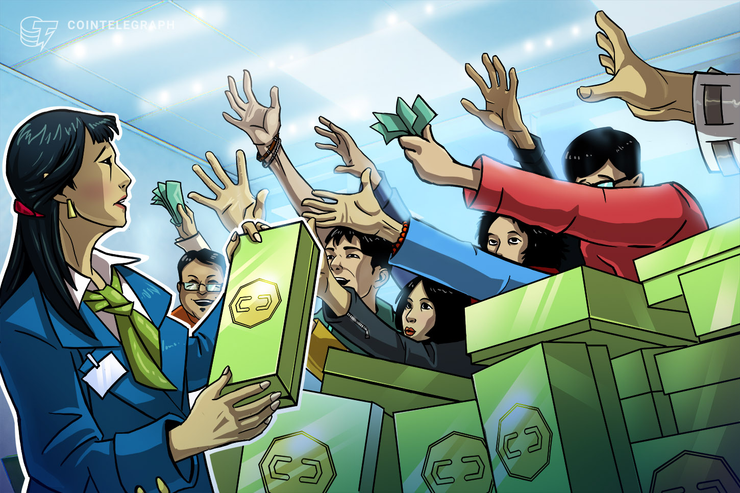 Blockchain interoperability protocol Polkadot has distributed 500,000 DOT tokens at a price that is unknown, but purportedly in keeping with the firm’s $1.2 billion valuation, technology-focused news outlet The Block reported on June 27.

Polkadot’s managing partner Web3 Foundation (W3F) reportedly told The Block that the protocol distributed 500,000 of its tokens, although the company did not reveal the exact amount of funds raised. The Block notes, that during the recent round Polkadot purportedly sold 5% of the total token supply, which should theoretically bring $60 million to the protocol’s managing team.

As reported in January, the planned token sale was expected to bring the fully-diluted market value — or the value of all tokens in circulation, plus those not issued — of its tokens to $1.2 billion. Later in May, Polkadot began offering its tokens on secondary markets at heavily discounted rates.

At the time, experts pointed out that as well as bringing Polkadot’s potential valuation of $1.2 billion into question, sellers could be violating agreements they had signed by orchestrating third-party sales.

This month has been marked with a series of much-publicized token sales. Blockchain company Algorand — a firm that implements an open source public ledger and cryptocurrency payment system utilizing the Byzantine Agreement message-passing protocol — raised over $60 million in a token sale on financial services platform CoinList.

Ampleforth raised $4.9 million in 11 seconds in its AMPL token sale, reportedly selling off 10% of Ampleforth’s total token supply. Ampleforth purported to be a token that is balanced around an equilibrium price target, but representatives said that despite its stable price, it is not a stablecoin.